What are all of the cities in Jordan and why should you visit them?

Amman, the capital city of the Hashemite Kingdom of Jordan is home to over 4 million of the country’s 9 million people. It is the perfect east meets west destination and is characterized by ancient Roman ruins and modernity’s coffeehouses and shopping malls! A city of contrasts, with its age on display in the heart of the city at the Amman Citadel. Yet, it is no stranger to modern convinces with Samsung stores littered among the narrow, winding streets and fast food franchises situated next to typical Jordanian eats. There are plenty of things to do in Amman, whether you are visiting for one day or one week.

About 1 hour’s drive north of Amman is Jerash, the best-preserved Roman ruins outside of Rome. The site is massive, for anyone who has to explore Ephesus or other Roman ruins, this site blows them all out of the water! While the area is known for its famous ruins, it is a major city in Jordan.

From colonnaded streets to theatres to the massive Hadrian’s Gate, it can take a couple of hours to have a quick walk through the site at Jerash. It was only in recent years that the beautiful oval was discovered. Soldiers were camping on the site, and after hitting hard ground, they began excavating, and what was discovered was the massive oval. Much of Jerash’s preservation is due to mud covering much of the site. There are still excavations going on, although most of the major structures have been found. What has not been uncovered is where the homes were of those who lived here.

Aqaba is strategically important for commerce and trade but its location on the Red Sea makes it a great vacation spot. If you love snorkelling and diving and year-round warm weather, Aqaba is the place to be. Check out all of the things to do in Aqaba. 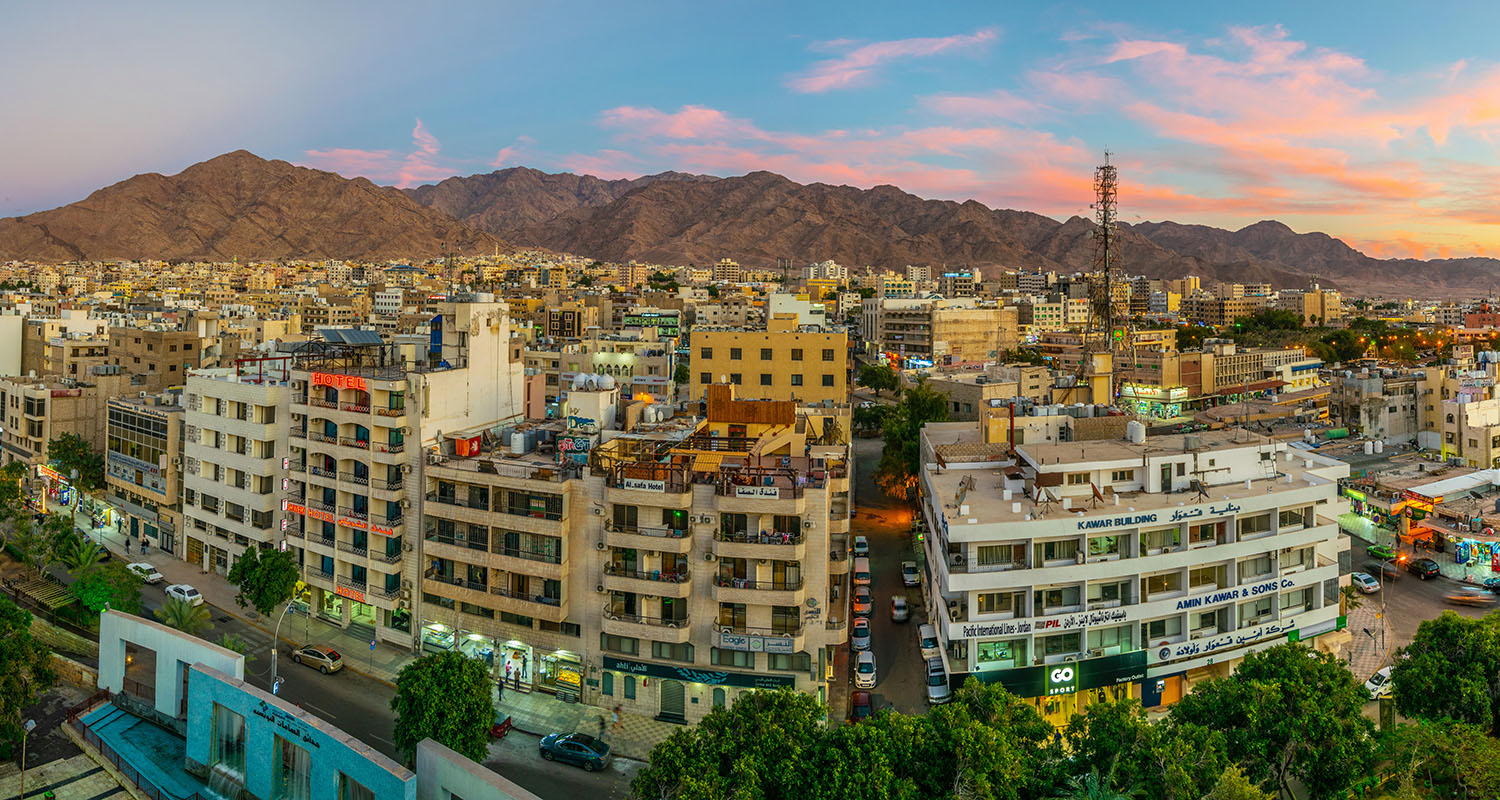 Wadi Musa is the town that is outside of the Archaeological site of Petra. Its main industry is tourism, supporting the one million visitors who come to Petra annually. Check out what to eat in Wadi Musa. When you are booking a hotel in Wadi Musa, note that “downtown” is not near the Petra site entracne. If you want a hotel close to Petra, you can see which ones are close by here.

50 shares
Previous Post: « Best Places to Visit in Jordan
Next Post: Planning a Trip to Jerusalem : Your Ultimate Checklist »

About Step into Jordan

How to Get Around

As an Amazon Associate, I earn from qualifying purchases