Arabic Coffee is more than water and beans. Coffee is a vessel, a Bedouin way to communicate and one of the interesting facts about Jordan that those who visit this hospitable country will come to realize. There is much to be learned when visiting a Bedouin for coffee. A tradition started in years past, as it made its way from Yemen through the trade route of the Middle East.

The Bedouin’s coffee is ground and boiled, then placed on the fire’s coals to keep hot.

When serving guests, the host will use three cups. He will fill the first cup for himself. This serves two purposes. First, it indicates to the guests that there is nothing harmful in the coffee. Second, and perhaps most important, the temperature of the coffee can be checked.

One of the critical things about the coffee is that it must be hot. The host’s reputation depends on hot coffee. A guest commenting that the coffee is cold is considered an insult. It will not be long until it is known that the host dared to serve coffee that was not hot.

The host will pour the second cup to the eldest male, who is generally seated to the right of the host. 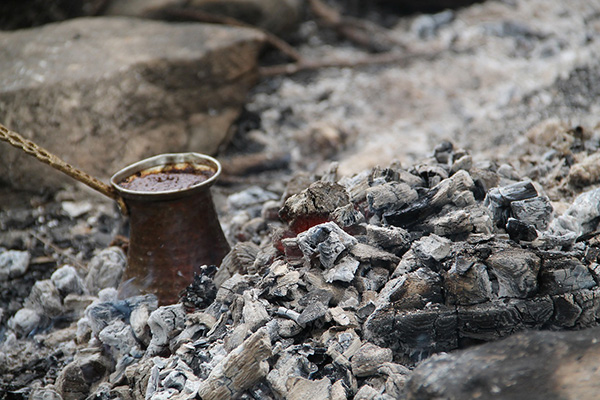 The third cup will be for next guest seated in the circle, and the rest will wait for their turn.

The Bedouin are careful with words and can communicate many needs or requests with their coffee. For example, if the guest shakes his cup back and forth, it indicates that he is done. Otherwise it will be refiled.

So does it take a long time for the others to receive their cup?

It might seem as though if you are not one of the first two guests, you would wait awhile. But it is often not the case, as the bedouin will not ask for more than three cups, as without words, it would indicate they are requesting help with settling a score.

Once a guest shakes his cup, it will be given back to the host and passed on to the next person. 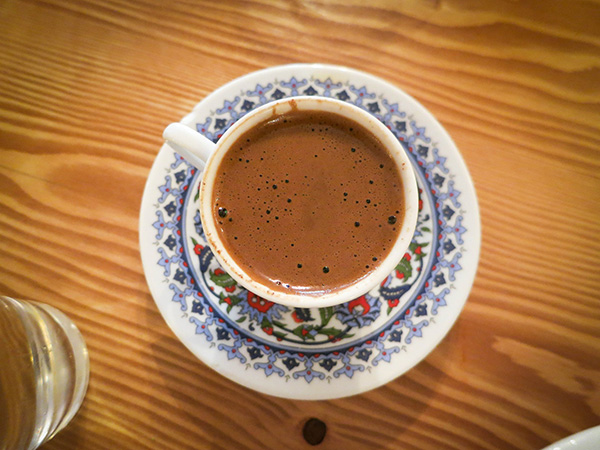 If a guest visits another Bedouin for coffee, it can often be more than a social visit. If after receiving his coffee, the guest does not sip from it, rather places it in front of him, it would indicate that he has something to discuss. The host will then allow the guest to ask what it is he came for.

If a father was coming to request the host’s daughter’s hand in marriage for his son, he would have to specifically ask the daughter’s name, not just for “his daughter” and he would specify which son he was asking for.

The Bedouin usually has two answers; as the women often make all of these types of arrangements in advance, if he knows about it and agrees, he will reply with “congratulations” and then the guest will drink his coffee.

If he is not privy to whether or not it is a good match, he will ask for three days. If in three days the answer is no, he sends a messenger to reply. If it is a yes, he will send a messenger to tell the guest to come over for coffee again.

Again they will sit, and when the guest is offered coffee, he will place it in front of him and then when directed will ask for the host’s daughter’s hand again. The bedouin host will then reply with “congratulations” and the drinking of the tea will continue.

Coffee is more than caffeine to keep you awake, or a hot drink to warm you on a cool day, coffee to the Bedouins is the tool to ask for a daughter’s hand in marriage or the way ask for help settle a score.  Much can be achieved over a cup of coffee. Just make sure you do not serve it warm.

If you want to experience Bedouin culture and hospitality and learn more about what Jordan is really famous for, check out the best Jordan tours.

Book a Local Tour Guide
Come to Jordan with Us!
1 shares