Since you are researching safety in Jordan, I hope that that answer does not surprise you. Jordan offers stunning landscapes, ancient archaeological ruins, mouth-watering cuisine, world-class scuba diving, and snorkeling, and some of the most friendly and welcoming people on the planet. With that being said, there are a few things to keep in mind when it comes to keeping safe in Jordan, most of which are typical common sense for anyone, whether at home or abroad, with a few things to keep in mind with regards to local customs in an unfamiliar culture. 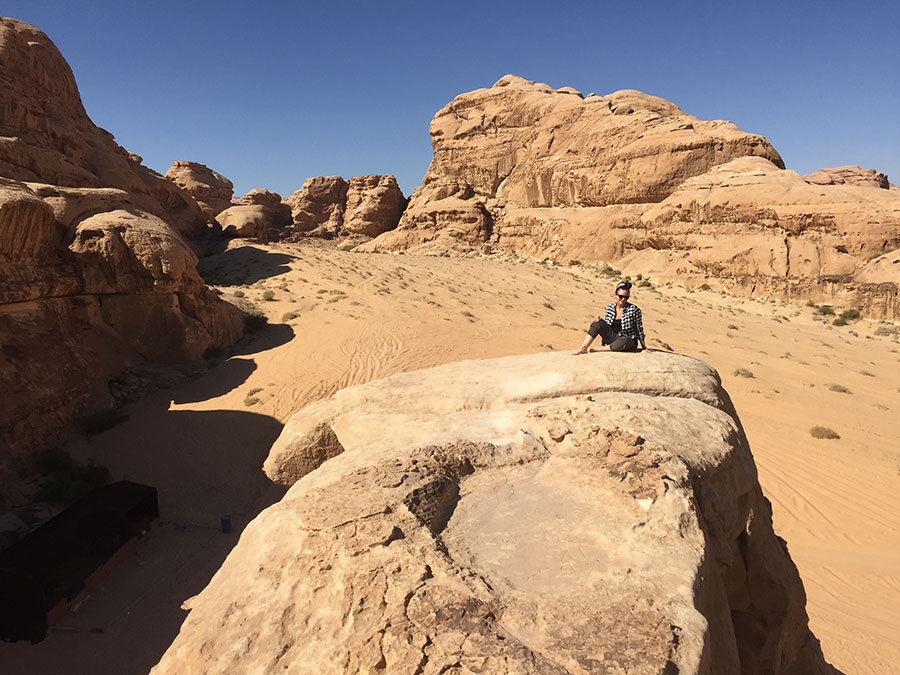 Safety in Jordan for Women

As a woman traveling in Jordan, modest dress is the best way to keep any unwanted attention at bay. A smile to a local can also been seen as flirting and many are quick to spark up a conversation, especially in local shops and restaurants. I personally found that some men in Jordan were quick to assume that I probably wanted to have sex with them but I laughed and said no, finding the situation quite absurd. I never once felt uncomfortable or threatened by their behaviors, I just found it to be ridiculous.

However, I have heard others who were made to feel quite uncomfortable by this. The best way to avoid any of this unwanted behavior is to be friendly but not overly chatty, any show of attention or intent to carry on a conversation is quickly interpreted as flirting. I do not want to say this is true with ALL men in Jordan, nor even the majority. Most are genuinely friendly and that is all. 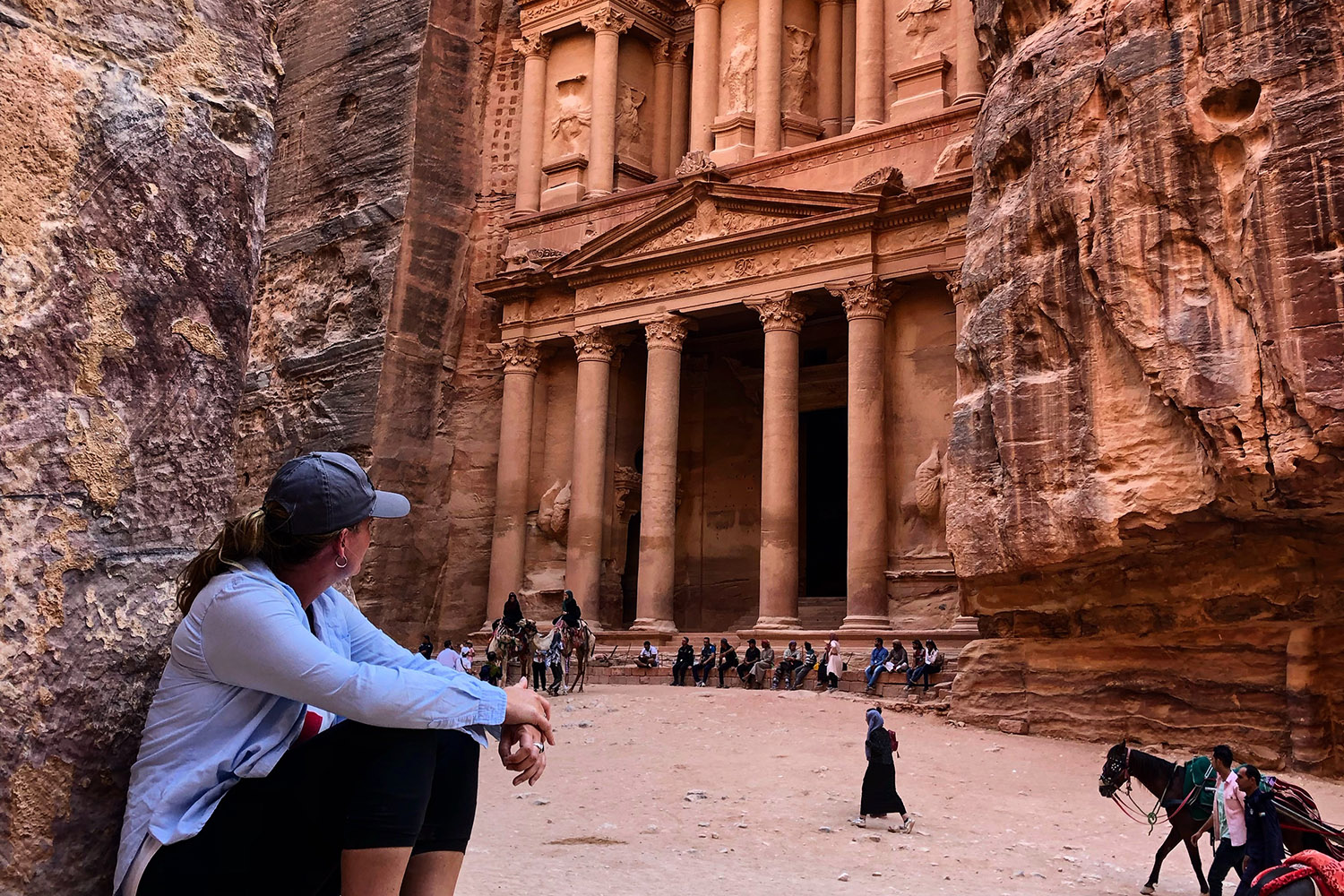 Safety in Jordan for Families

Jordan is a safe country for famililes. I have brought my boys with me to Jordan several times. Jordanians, men, and women love children! My children get more attention than me in Jordan. Men in the streets often pass them candies from their pockets, or small shops offer a pack of gum or treat. While staying in local hotels, I have even had locals knock on my hotel door offering sweets to the kids. My kids got so used to the attention they started to expect it.

If your children are shy or do not want attention, just make them aware that adults will try to interact with them.

When it comes to playgrounds, you will find many run-down playgrounds in the Kingdom. When you do send your kids to play, just keep an eye for worn-out fiberglass on slides or broken teeter-totters that could become hazards. There are plenty of good playgrounds for kids as well, you can see a few in this post about things to do in Amman with kids.

Manage your expectations when it comes to the Dead Sea with kids. The mineral-rich water can sting sensitive skin or any cuts or scratches. My oldest son called it the stinging sea and would not get in it. It also stings when splashed in eyes.

Another thing to keep in mind when it comes to traveling with children to Jordan is the outdoors. While Jordan offers amazing outdoor wonders, hiking and climbing, there are not a lot of barriers to keep people from steep edges. When hiking the back trails in Petra, or exploring Roman ruins in Jerash, keep little ones close.

If your children require car seats or boosters, check-in advance about availability, and I highly suggest you bring your own. However, on our first visit to Jordan, our tour operator had a car seat for my then 3-year-old. You will see many young children riding on parents laps in the front seat, despite laws requiring children to be in the back. There does not seem to be any rules about car seats and boosters in Jordan.

READ MORE: Things to do in Jordan with Kids 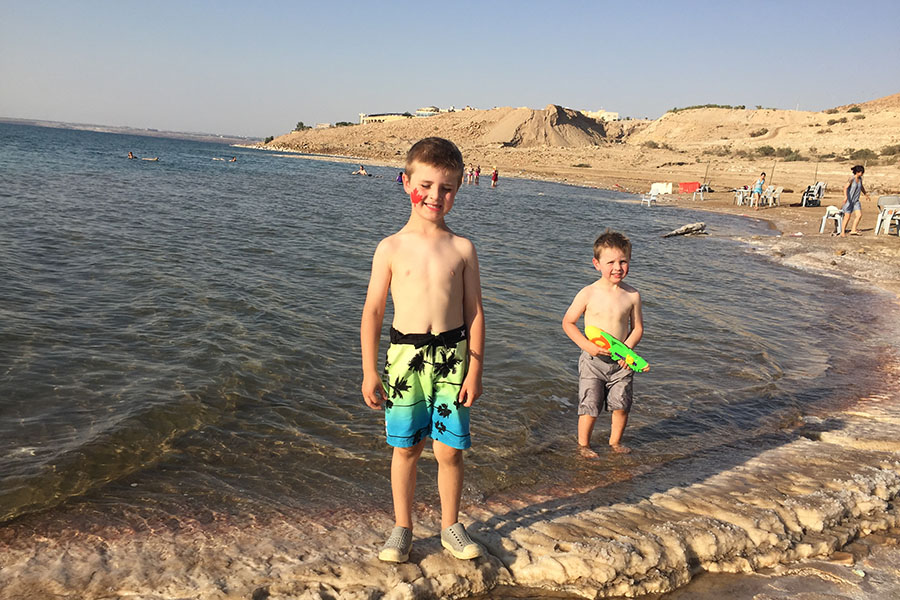 Safety in Jordan for Solo Travelers

Jordan is a safe country for solo travelers. Whether walking in Petra, or downtown Amman, the streets are quite safe. Use the same precautions that you would at home. If you are a woman traveling alone in Jordan, be wary of invitations from “Jack Sparrow” bedul bedouins in Petra for dinner in caves at night. You never know if you will end up in a situation that you are not able to walk away from.

Hitchhiking is not a common way to get around, although you will see some from time to time. Locals are wary of picking up hitchhikers as their vehicle insurance does not cover hitchhikers and they would be personally liable for any injuries to their passenger if they were in an accident. This law was enacted to dissuade drivers from picking up hitchhikers.

I have a post all about the best time to visit Jordan and Petra. Generally, high season is mid-March to May and Mid-September to December based on favorable weather. Click on the links above and have a read about the weather and considerations on visiting any month of the year.

Precautions to Take in Jordan

Taxi scams exist all over the world. Jordan is not exempt from this. However, I have never personally had a problem with any taxi driver. There are a few scams that exist, one being that the meter is broken and they want to charge a set rate. If you are not ok with this, take another taxi or ensure you have negotiated the rate before the driver goes anywhere.

Another Taxi Scam in Jordan is the meter itself. It is measured in “fils” and tourists often mistake it for “dinars” and wayyyyy overpay. Most taxi drivers will not correct you. A 20 minute taxi ride in Amman should be just a few dinars but it will have three decimal points. For example 2.000 would be JD2 but sometimes tourists mistake that and pay JD20.

The last taxi scam is a bill switch. If you give the driver a large bill and want change, ensure you say the denomination of the bill before you pass it to them. The most common is JD50. The driver may indicate that you only gave them JD5 when in fact he has swapped the 50 with a 5. Because tourists are not familiar with the currency and end up flustered, the driver can get away with the scam. This does not happen to tourists only, locals have fallen to this scam as well. My best advice is to have small bills and pay the exact amount (round up to the next dinar is enough tip).

Tips for Traveling in Muslim Countries

My Personal Experiences in Jordan

I suggest that you take sensational news coverage with a grain of salt. Local and National TV news is designed to shock, and bad news stories tend to do that. Anytime Jordan ever hits international news I get at least a few messages from friends of mine asking if I am in Jordan and if I am ok. Of course I am ok. None of my friends call me when there is a shooting or stabbing Canada or the United States.

Mainstream Media’s coverage of the Middle East in general is also not indicative of the conditions in Jordan. Jordan does not have the same instability that exists in Israel with ongoing relations with those in the Palestinian Territories. It also does not have anything to do with the unrest in Syria besides providing land for millions of Syrians who have fled their country. They are housed in refugee camps in the north of the country.

There are a few other things to think about when it comes to travel. The first thing is travel insurance. Whether it is an emergency room visit for something as simple as strep throat, or an emergency appendix surgery, or an unfortunate moped incident things do go wrong when people travel every day.

Despite the affordable cost of care for basic medical needs in Jordan, I highly suggest travel insurance and a good policy for everyone leaving home. I personally never travel without it, and I even checked into my policy about care for my children if I am ever in an accident or hospitalized. There are just too many things to think about.

You can find out more information and buy your travel insurance here.

Book a Local Tour Guide
Come to Jordan with Us!
1 shares