Jordan and Petra have not been popular settings for fiction. But that does not mean that there are no good books about Jordan to read before your visit to the Kingdom. One of my favorite things to do is to get a sense of the place I am planning to visit before I actually step foot into the country. If you are like me and getting started on planning a visit to Jordan, you are in the right place for some inspiration.

Below is a list of the 10 best books about Jordan and books about Petra that you should read before you visit or to re-ignite the memories from your visit to the country. 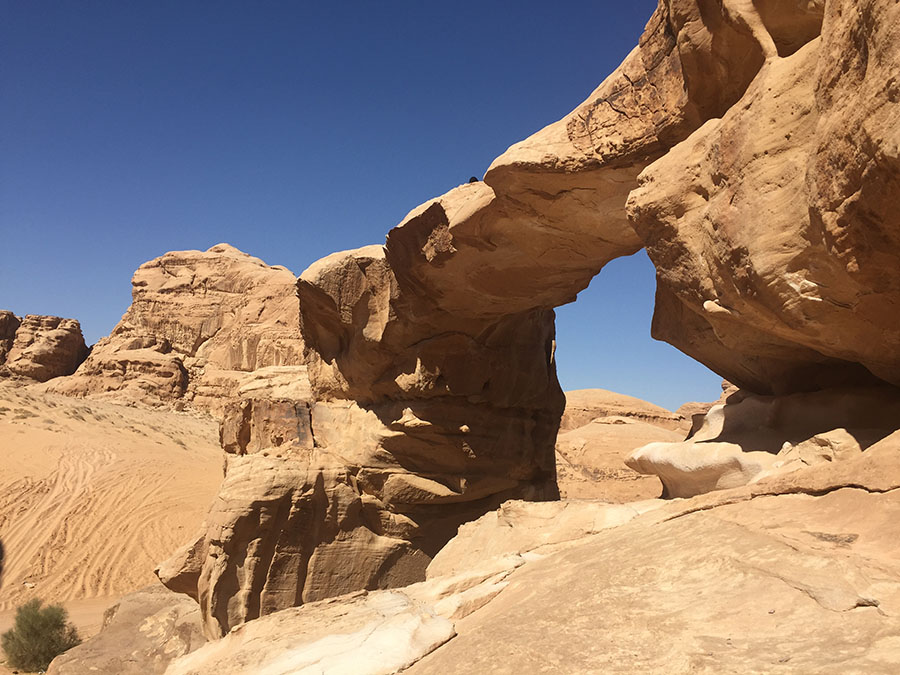 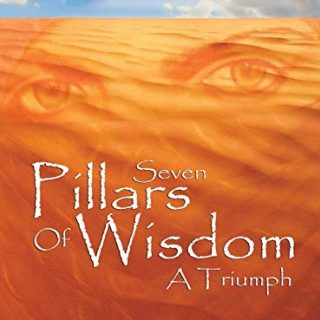 Seven Pillars of Wisdom: A Triumph

Written between 1919 and 1926, Seven Pillars of Wisdom tells the story of the First World War against the Turks in the Middle East. T E Lawrence fought alongside the Arabs during the war and was named "Lawrence of Arabia." While it occurs before the Hashemite Kingdom was created, it tells the story of the Arab war against the Turks and how the Arabs pushed them out of what is now Jordan. Those who have visited Wadi Rum will see the familiar backdrop of the desert. You can also get a sense of the desert in the 1960s movie based on T E Lawrence's book. 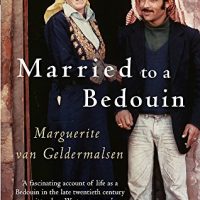 Married to a Bedouin

Married to a Bedouin tells the story of a New Zealand nurse who fell in love with a local souvenir-seller in Jordan's ancient Nabataean capital, Petra in the late 1970s. It is probably the most authentic book about Jordan that you will find. It recounts their simple cave life and what life was like for the Bedul tribe when they were moved out of Petra to the newly built village. Marguerite still lives in the local village outside of Petra and has her own bookshop in the site. For anyone who has visited Petra, van Gelndermalsen's book paint vivid pictures of the now-abandoned caves and allows readers to bring to light what it was like when locals lived in what is now Jordan's most popular tourist site. 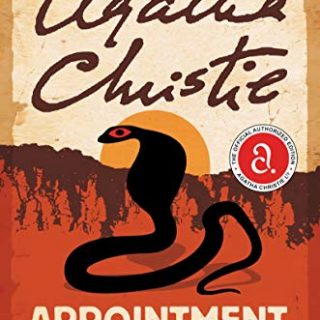 Appointment with Death is the 19th book in the Hercule Poirot series by Agatha Christie and is set in Petra. It tells the story of a much-despised tourist who is found dead outside one of Petra's caves on an overnight visit to the site from Jerusalem. A typical mystery by Christie, this book brings out the characters quickly and is a favorite among fans of Christie's character, Hercule Poirot. Whether you read it before you visit Petra or after, it will quickly take you on a Middle Eastern vacation full of mystery 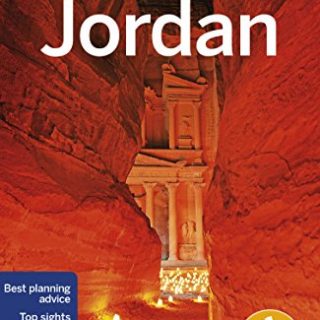 Whether you decide to read Lonely Planet Jordan before you visit or while you are in the country, it provides plenty of detail about the country and the local culture. If its a top 10 things to do, you will find it inside as well as city guides and top places to eat. I am a bit of a guidebook junkie and love to read about places while I am in them so I often travel with a guidebook to have everything in one place! While I hope my website gives you everything you need to know about Jordan, this book is also a great resource. 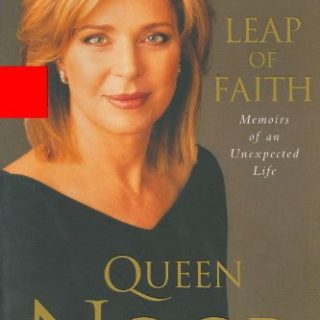 Leap of Faith: Memoirs of an Unexpected Life

Queen Noor was born Lisa Halaby and would become the Queen of Jordan, married to the late King Hussein (current King Abdullah II's father). Leap of Faith: Memoirs of an Unexpected Life tells the story of her life in America and how she would eventually marry the King of Jordan. It tells of her struggle with daily security from the palace and how she struggled to keep her interests in working with non-profits and to not just be a wife to the King. In her storytelling, Queen Noor paints a picture of her husband's moderate policies and his quest for peace during a tumultuous time in the Middle East. 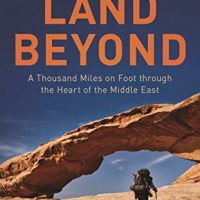 The Land Beyond: A Thousand Miles on Foot through the Heart of the Middle East

The Land Beyond is McCarron's experience walking from Jerusalem, through much of the Middle East including the West Bank, Israel, all of Jordan and finally to Mount Sinai in Egypt. His stories are funny, caring and show that people are just people, and if we treat them as such, there is no limits to what they can achieve. For anyone interested in reading this book about Jordan and Arabs in the Middle East, it paints the people in a light that mainstream media often misses. 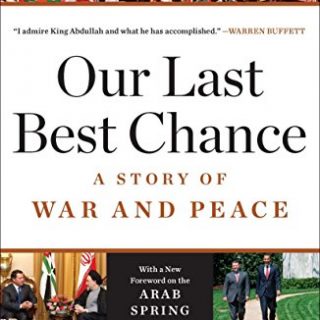 Our Last Best Chance: A Story of War and Peace

Our Last Best Chance, written by Jordan's reigning monarch, King Abdullah II came out shortly after the 2011 Arab Spring. While King Abdullah is widely seen as a popular ruler and well-liked, his call for peace and a solution to the continuing Arab-Israeli struggle is eminent in the pages of this memoir. 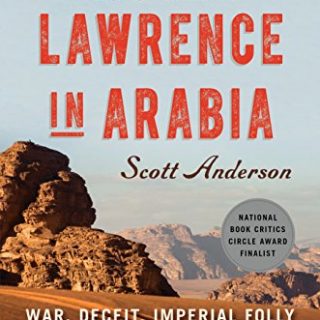 Lawrence in Arabia: War, Deceit, Imperial Folly and the Making of the Modern Middle East

Lawrence in Arabia is Scott Anderson's biography of T E Lawrence and is a national bestseller (and also has plenty of sales and reviews on Amazon). He documents with extensive research, the making of the modern Middle East in this book, telling the story of Lawrence, a Brit and who would become the leader of the Arab Army. 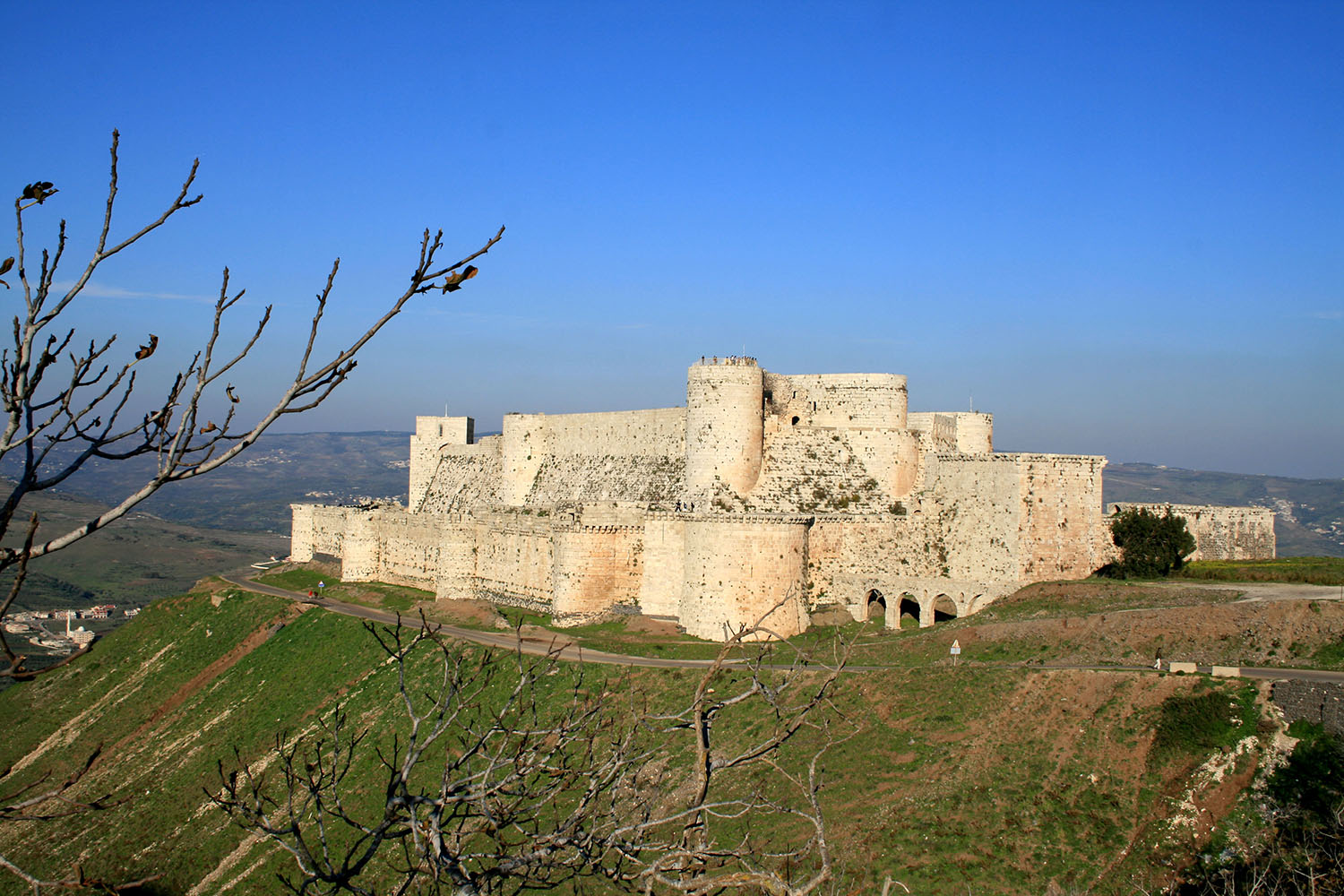 Further Reading Books based on the Middle East:

The Source by James A Michener

The Haj by Leon Uris

Last of the Bedu

The Language of Baklava

In order to help make your visit to Jordan as memorable as possible, I have created a number of resources from planning guides to local eats.

If you have just begun the planning, check out 101 Things to do in Jordan to give you some inspiration on the places you want to make sure you have time to see. Are you a backpacker? Or like to travel like one? Check out my guide to backpacking Jordan.

Rental Cars are very popular in Jordan, get a quote on renting a car before you arrive. This 7 day Jordan itinerary is perfect for self driving

If you are working on a self-drive itinerary or plan to see the country independently, there is a guide on getting around in Jordan.

If you are thinking of booking a tour, or wondering how much hassle a self drive itinerary can be, check out this post I have on the best Jordan tours to book.

For your time in Amman, check out top things to do in Amman and where to eat.

For your time in Petra, check out our guide to Petra and what to eat in Wadi Musa.

If you are visiting Aqaba, check out the best restaurants in Aqaba as well as popular day trips.

There are a few other things to think about when it comes to travel. The first thing is travel insurance. Whether it is an emergency room visit for something as simple as strep throat, or an emergency appendix surgery, or an unfortunate moped incident things do go wrong when people travel everyday.

I highly suggest travel insurance and a good policy. I personally never travel without it, and I even checked into my policy about care for my children if I am ever in an accident or hospitalized. There are just too many things to think about.

You can find out more information and buy your travel insurance here.

Things to Consider Bringing on a Trip to Jordan

With a book (or two) in hand, your packing for Jordan has begun. If you want to know my other suggestions, the top ones are below.

Whether you want to keep the sun off your head or want to show a little modesty, a scarf goes a long way in Jordan any time of the year. You can bring one with you or pick up one when you arrive, but don’t leave your hotel in the morning without it! It can serve as a hat to keep the sun off your head and neck in the summer and can add some warmth in winder and can offer modesty to cover shoulders for women.

A Grayl Water Bottle is something I recommend for every traveller, not just those going to the Middle East. Some people say the water is safe to drink from the tap, others say it is not; it is not something I am going to chance. And Jordan has a HUGE garbage problem. The streets, the forests and even the desert are littered with plastic bottles.

If you consider drinking at least 1-2 big water bottles a day while you are there, think of how much plastic that creates when every visitor and the population’s 9 million people do the same. With a Grayl, you can filter any tap water (or actually any water source) and have clean drinking water in seconds. Since most people travel with water bottles already, consider one like this with a filter so that you are not just pouring from big water bottles to small. It might sound expensive, but when you compare it to spending a few dollars per day on water while you travel (and do not forget how expensive the water is inside airports), you will pay for this very quickly.

An inexpensive Universal Travel Adapter is another must for Jordan. You will find an assortment of 220V plugs, from European 2 pin, another style of 2 pin and UK Plugs. While European 2 pin is most common, it is best to carry one of these adapters with you. With a handy USB input, you do not need to bring your plugs from home.

Kleenex or Wipes are another thing to put on your list. Jordan’s public washrooms (and even restraint or hotel lobby washrooms can often be unstocked. Unless you are good with a bidet sprayer, bring yourself some kleenex or wipes just in case! You will find that most washrooms in tourist sites and rest stops have an attendant that will give you toilet paper and paper towel for a small tip. Usually half a dinar is fine.

In Jordan, the plumbing is not set up to handle toilet paper. Every bathroom (even hotels) you should use the garbage can beside the toilet for your toilet paper and any sanitary products. 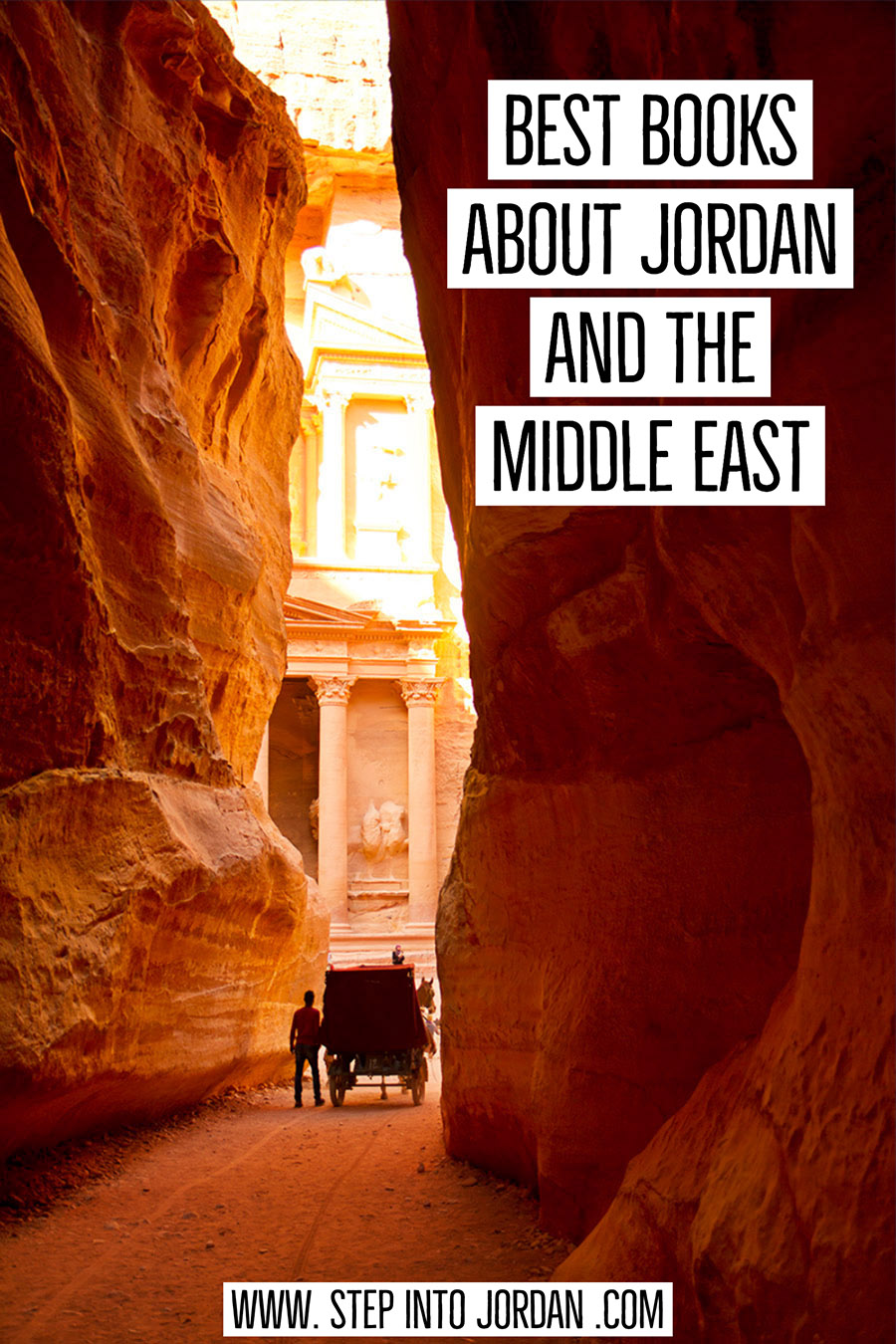 Book a Local Tour Guide
Come to Jordan with Us!
48 shares